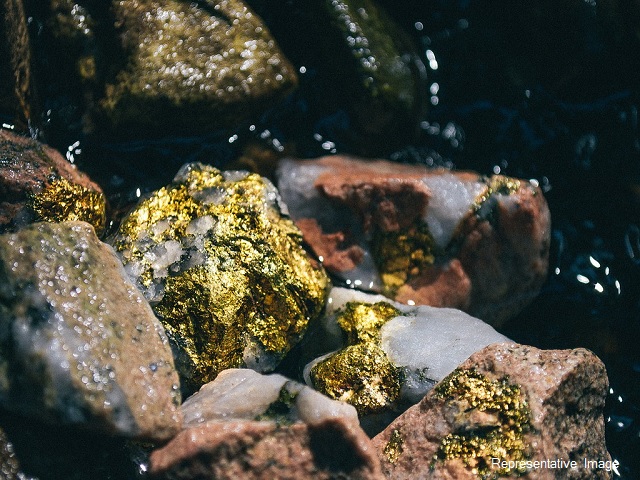 Goldmines in Sonbhadra: The Geological Survey of India (GSI) recently clarified that all the media reports regarding discovery of around 3350 tonnes of Gold Reserves in Sonbhadra district of Uttar Pradesh are false. The GSI has not estimated any such reserves in Sonbhadra. It further claimed that the total gold that can be extracted from the mineralised zone of Sonbhadra could be around 160 kg and not over 3000 tonnes.

The exploration was carried out in 1998-99 and 1999-2000. The report regarding the discovery has been shared by the GSI with the DGM of UP for further necessary action.

Have a look at the GSI’s clarification:

Earlier various news reports had confirmed that two goldmines with 3,350 tonnes (approx) of gold ore found in the Naxal-affected Sonbhadra district of Uttar Pradesh. The state’s mining department has formed a seven-member team to map the goldmine field. The discovery took place nearly two decades ago, but the final estimation and demarcation process of this mine was completed recently. Now, a special team will look after this goldmine and prepare a map of this goldmine to start the work.

About 3000 tonnes of gold is said to be found in the goldmine of Sonbhadra. This is almost five times the gold reserves of India. According to the report of the World Gold Council, India currently has 618.2 tonnes of gold in its reserves. It accounts for 6.6 percent of gold in total foreign reserves. In this context, India is at number 9 in the world in terms of gold storage.

How it will impact India?

According to the World Gold Council’s estimation, the entire world demands 4000-5000 tonnes of gold in a year. If the gold reserves of over 3000 tonnes would be a reality, Sonbhadra goldmine could be sufficient to fulfill global gold demand for 8-9 months and could have reduced India’s gold import from foreign countries.