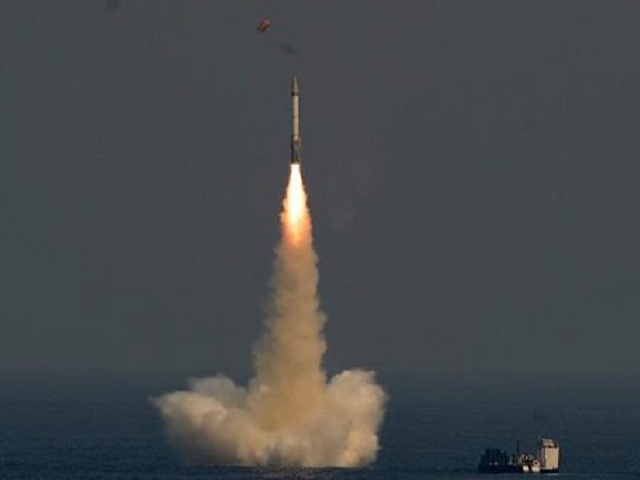 India successfully test fired nuclear-capable, K-4 ballistic missile off the coast of Andhra Pradesh on January 19, 2020. It has a strike range of 3500km.

The K-4 ballistic missile was launched from an underwater platform in the sea. It can be launched from a submarine. It will be deployed on the fleet of the Arihant Class nuclear submarines being built by India.

The missile was developed by the Defence Research and Development Organisation (DRDO).

• The three-meter tall missile carries a nuclear warhead of over one tone. It has a circular error probability far lower than that of the Chinese ballistic missiles.

• The submarine-launched ballistic missile is extremely significant for India’s air, land and sea nuclear triad and it is at the front of India’s second-strike capability.

• Till now, only the US, Russia and China have submarine-launched ballistic missiles with a strike range of 3,500km.

India will carry out more tests of the K-4 nuclear-capable missile before readying it for deployment on nuclear submarines. Currently, the Indian Navy has only one operational nuclear submarine- INS Arihant.

INS Arihant, commissioned into the Indian Navy in August 2016, is the lead vessel of Arihant class submarines, a class of nuclear-powered ballistic missile submarines that are being built for the Indian Navy.

INS Arihant is the first ballistic missile nuclear submarine to be built by a country other than the five permanent members of the United Nations Security Council- Russia, China, France, the United Kingdom and the United States.

The work on the second vessel- INS Arighat had begun in 2014. The submarine is currently being prepared for sea trials. The final two vessels are expected to be larger than Arihant and will have 6 missile launch tubes.

All three remaining vessels of the Arihant class are expected to be commissioned by 2023.