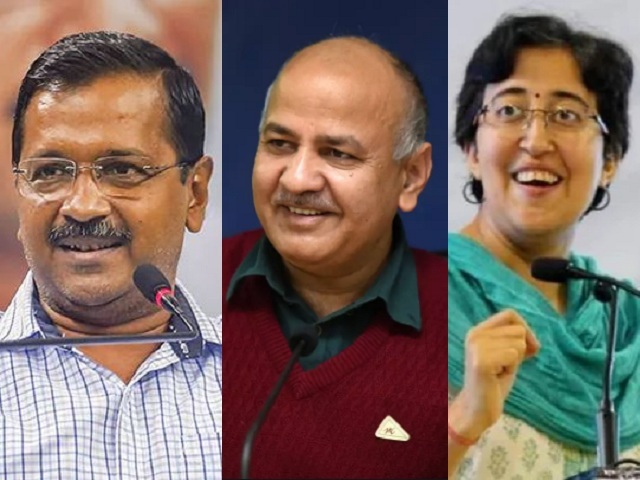 Delhi Election Result 2020 Live Updates:  Will Arvind Kejriwal come back for a third consecutive term in Delhi or will the BJP turn the tables? The Delhi BJP President Manoj Tiwari has written off all the exit polls and claimed that the BJP will win at least 48 seats in the 70-member Delhi assembly. The Delhi Exit Poll Results 2020 have projected a clean sweep for AAP.

Manish Sisodia is trailing from Patparganj constituency by 1427 votes after third round of counting. BJP’s Ravi Negi is leading from the seat. Is the Deputy Chief Minister’s seat in jeaopardy?.

Manish Sisodia has regained slim lead from Patparganj, Atishi is leading from Kalkaji by 1000 votes and Amanatullah Khan has also regained lead from Okhla constituency.

Manish Sisodia is leading from Patparganj by a margin of 112 votes. According to official EC trends, Aam Aadmi Party is leading on 52 seats and the BJP is leading on 18 seats.

Patparganj-  AAP’s Manish Sisodia is leading from the constituency by 74 votes after second round of counting.

Kalkaji- AAP’s Atishi is trailing behind BJP’s Dharambir Singh by around 200 votes.

According to latest figures from the Election Commision, APP is leading on 32 seats and the BJP is leading on 16 seats. Delhi CM Arvind Kejriwal is currently leading from New Delhi constituency by a margin of 4,387 votes.

Delhi Chief Minister Arvind Kejriwal is leading from New Delhi constituency by a margin of 2026 votes.

Manish Sisodia has regained lead from Patparganj constituency. He is competing against BJP’s Ravinder Singh Negi.

Congress’ Alka Lamba is leading from Chandni Chowk. She is competing against AAP’s PS Sawhney and BJP’s Ravinder Gupta.

The Delhi Exit Polls 2020 project a clear victory for the Arvind Kejriwal-led AAP. The Delhi CM is predicted to return for the third time with at least two-third majority.  In the 2015 Delhi Election Results, AAP had won 67 seats, while the BJP had won just 3 seats. The Congress, which was in power in Delhi for three consecutive terms, had failed to open its account.

As per official figures, 62.59 per cent voter turnout was recorded on the polling day. The Delhi Elections were held in a single-phase on February 8, 2020.