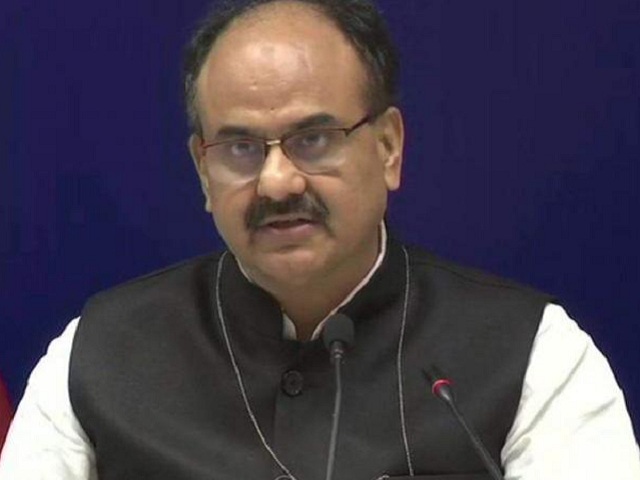 Ajay Bhushan Pandey was appointed as the new Finance Secretary of India on March 3, 2020. His new appointment was approved by the Appointments Committee of the Cabinet.

The 1984 batch IAS officer will succeed current Finance Secretary Rajiv Kumar, who superannuated from the position in February 2020. Pandey was till recently serving as the Revenue Secretary.

Ajay Bhushan Pandey: About him

• Ajay Bhushan Pandey is a 1984 batch Indian Administrative Service officer from Maharashtra cadre. He was appointed as the Revenue Secretary on December 1, 2018.

• He previously served as the Chief Executive Officer of the Unique Identification Authority of India (UIDAI). The UIDAI issues the unique 12-digit Aadhaar number.

• He also served as the Chairman of the Goods and Services Tax Network (GSTN).

• Till his new appointment, he was handling the position of Revenue Secretary and GSTN Chairman together.

• Pandey was elevated to the post of Finance Secretary following the retirement of Rajiv Kumar in February 2020. He is expected to serve at the position till his superannuation in February 2021.

• Rajiv Kumar, a 1984 batch IAS officer from Jharkhand cadre, was appointed as the Finance Secretary in July 2019.

How is the Finance Secretary chosen?